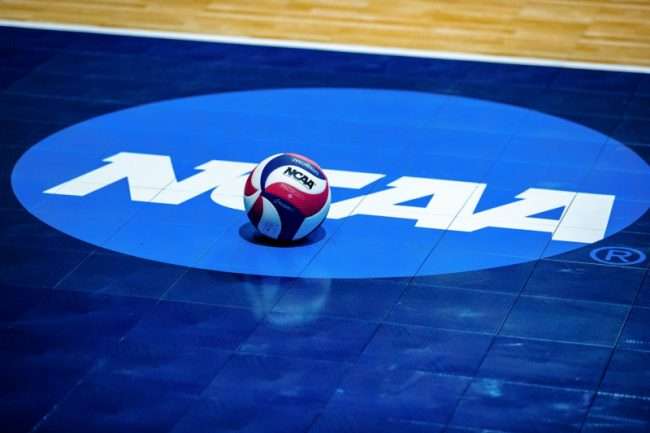 Check out this great article that shows the power of advocacy. 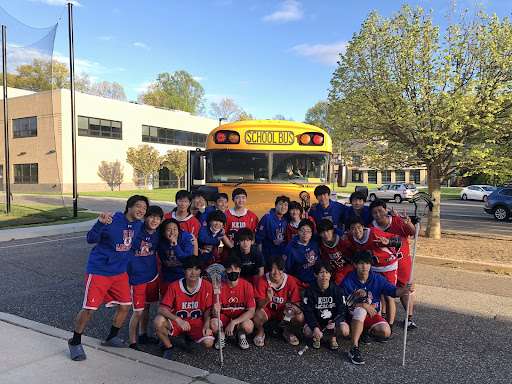 My first year was in 2019, and we won the League Title for the first time in school history. Keio started their team back in 2011.

Do many of your guys have experience with lacrosse prior to being at Keio? If very few of them have any experience, do you find yourself falling in love with the sport even more as you help a new crop of kids get into this game each year?

Most of the kids see lacrosse for the first time once they arrive at Keio. But, Keio Academy is a feeder school to Keio University in Japan where they have had a competitive international lacrosse program since the 80’s.

How many of the guys on your team are students from abroad?  Where do the majority of the kids come from? Japan? Do you have any natural born citizens of the US that attend Keio?

Being a Japanese school, about 95% of the team is from Japan and goes back home during breaks and vacations, etc. The other percentage lives abroad in European cities such as Amsterdam, Brussels and other Asian cities like Singapore. Currently we have one kid from Providence, RI who was born in the US to Japanese parents.

In following you guys on twitter, it’s clear that your team loves playing this game.  What is it that attracted them to it? Now that they have played it for a while, what is it that makes them love playing it and being a part of the lacrosse world?

Keio University in Tokyo has four (4) teams in their university system. My players are aware of lacrosse in that capacity since the students will go back to Japan to study at Keio University after graduation. So, their start in Keio Academy is an appetizer to what they will play in the University – this is what I think sparks their interest. They know that after graduating Keio Academy, they will have an advantage playing in college with the US experience, and then if they keep going with it, onto a World Team roster for Japan in the World Games. That has been done before. 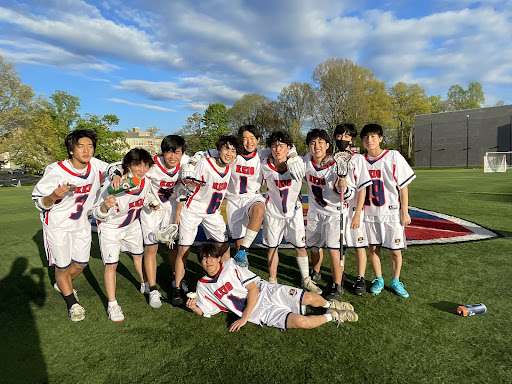 I know in talking with you when Covid hit, that you really had no contact with your team as the campus closed and the kids went home.  How were you able to keep those team bonds going as you had kids on your team a half-a-world away?

Like everyone, we did Zoom sessions with the team, and it was hard to see if anyone did anything during the strict lockdowns, especially overseas in Japan. Add in the time zone difference, and it was somewhat hard to focus. You can’t Zoom a sport as a competitive team. As half of the world enjoyed working from home, we knew that we wanted to get back on the field.

What (if any) struggles do your guys face in the lacrosse world?

What is your story?  I know you played at Kent and still play club ball but had you played before HS? What, or more importantly who, got you into the sport?

I went to the South Kent School and then Pratt Institute for college where I got my degree in Communications Design – Art Direction/Advertising/Marketing. After college, I missed the sport so much that I started two (2) men’s club teams in the NYC-area and still play in leagues, pick up games, and travel tournaments like Lake Placid (I’ll see you there!!!).

I remember seeing the sport being played on Long Island when I was young and tried it in 4th/5th grade through the Police Athletic League in NYC. My parents didn’t know (still don’t know) much about the sport, but my Mom said that I “should play goalie because it looks like the safest position…” True story. HAHA.

I’m primarily self-taught, and there’s a lot of merit in that.

You are also the founder/owner of The Art of Lax, and I know that you have gotten to meet some real legends in the game as well as done some very special pieces. Was this a journey you always saw yourself taking?  Did you start off on another path but wanted to find a way to combine your love of art and lacrosse?  Have you found that your business has opened doors to unique experiences for you and your team?

In high school I would find myself bored in class and draw lacrosse players in my notebooks to make time pass.

I started my professional career doing many stints in advertising, marketing, publishing, teaching, etc. The Art of Lax was originally my senior thesis in art school, but it never got the attention or feedback due to being in the ‘wrong crowd’ – artists. Once I got back to playing lacrosse after college, it was ironically the athletes – people not known for their artistic creativity – that motivated and gave me the ability to reignite an idea and make The Art of Lax™ into the career that I always wanted. I never saw it as a business, at first, but when it got a high demand, I shifted my focus from a hobby/experiment to having unfinished business from my college days. I have to be very careful when saying this, but playing lacrosse has been more powerful than my college degree.

When coaching at Keio Academy I don’t carry my The Art of Lax™ mentality on the field, but it brings a smile to my face when the Athletic Dept and players ask me to design their uniforms and gear.

As someone in such a unique situation as being at Keio, what is one piece of advice you would give to all laxers?

The games do count. Like they say in any sport, Lacrosse is just a game, but what it is a teaching tool in a bigger, more important game called Life. You’ll be so surprised 10, 15, 20 years down the road when something challenges you and you refer to your lessons and accomplishments on the lacrosse field to overcome and achieve personal success. 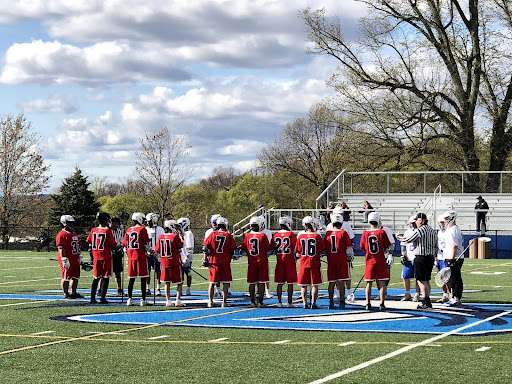 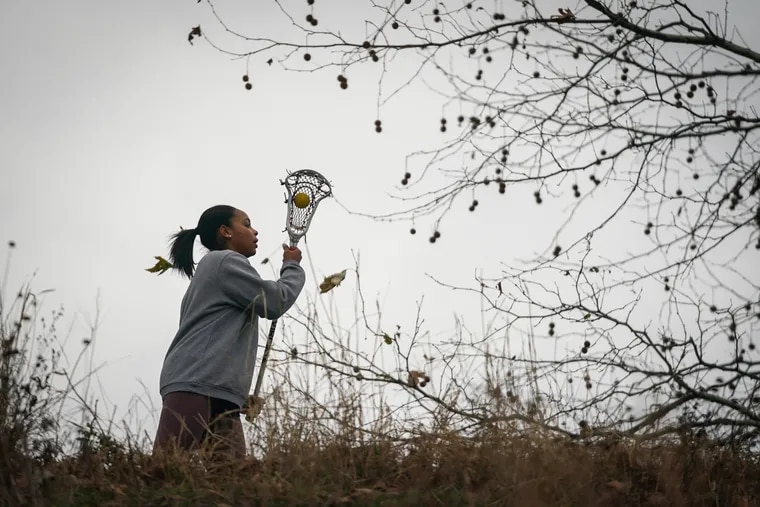 Check out this great article about two women who are leading the charge at the University of Virginia.

Many of us have been inspired by something we have read. As a committee we decided to share some of our most inspirational and informative reads with you. 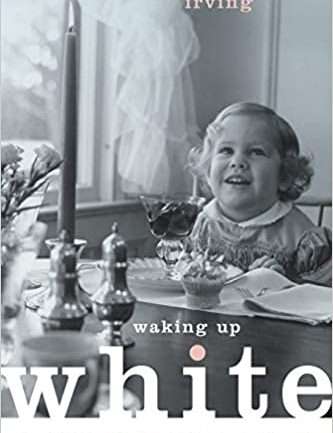 Waking Up White by Debbie Irving: Irving’s discovery of her own privilege helped me to see mine and recognize that much of why I have the opportunities I have had is because I am white. – Eamon Thornton 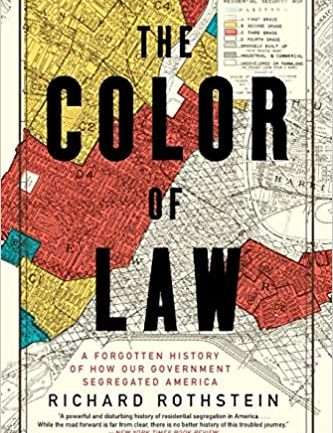 This book will open your eyes to the systemic practices put in place many years ago that have led us to where we are today. – Sean Hamon

How to be an Anti-Racist by Ibram X. Kendi: Kendi provided me with clear definitions, personal stories, and historical evidence to help me to see how racism works, where it comes from, and what must be really done to eradicate it. – Eamon Thornton 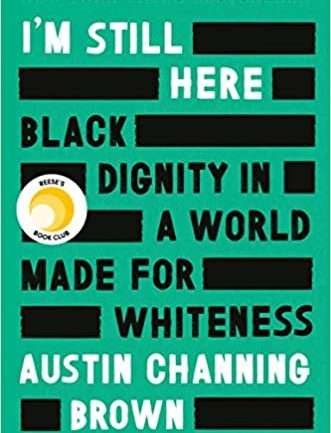 I’m Still Here by Austin Channing Brown: The glimpses Brown gives into her own life as a black woman are powerfully moving and helped me be more sympathetic to issues that affected her identity that had gone largely unnoticed from my white male perspective. – Eamon Thornton 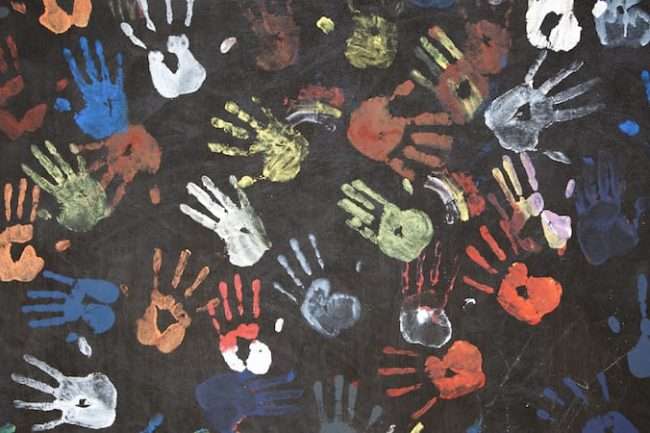 42 Black History Month Activities for February and Beyond

Thanks to our friends at weareteachers.com for this great list of available resources and activities designed to educate and enhance our understanding of Black History Month. 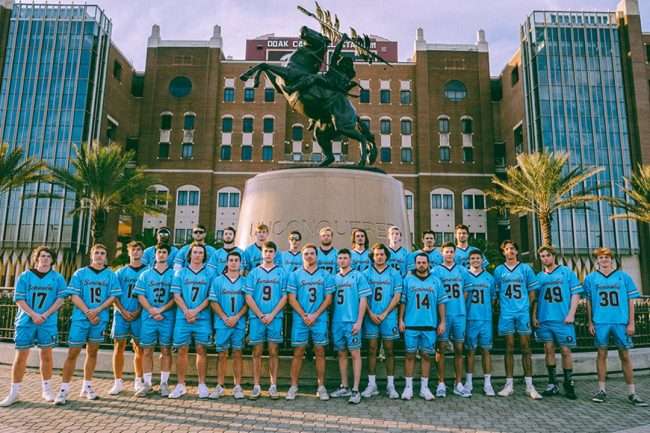 This website, in partnership with USA Lacrosse is packed full of information about the minority lacrosse experience. Click on the logo to be redirected. 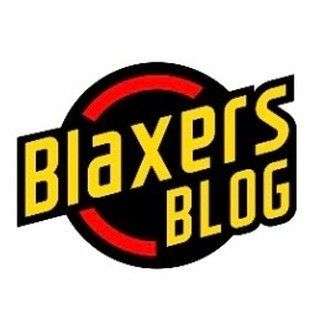 USA Lacrosse Magazine has partnered with Blaxers Blog to produce a series of stories that illuminate the minority lacrosse experience and promote the accomplishments of those individuals who have defied stereotypes to succeed in the sport. Read more here.

This Podcast from Maya Shankar is inspiring. The line that sticks out is, “How can you hate me, you don’t even know me?” Listening to a conversation like this might be a good starting point for a deeper conversation with your team/parents/fellow coaches about the role fear plays in our relationships with others.

As an added bonus there is a documentary available that tells the story even further. Find it on Apple TV. Accidental Courtesy: Daryl Davis, Race & America

When Black jazz musician Daryl Davis meets a Klansman at a bar, his life takes a sudden turn. He ends up inspiring hundreds of people to leave white supremacist groups. You can follow Maya @DrMayaShankar on Instagram. Learn more about your ad-choices at https://www.iheartpodcastnetwork.com

One way we can honor the Indigenous Peoples who have come before us and granted us this great game is through Land Acknowledgment. Please find this short PDF Guide as a helpful starting point as you consider one for your space. This guide (click below) is provided by The US Department of Arts and Culture and can be found on their website as well: https://usdac.us/nativeland

Please view the short video below as a primer to this conversation. 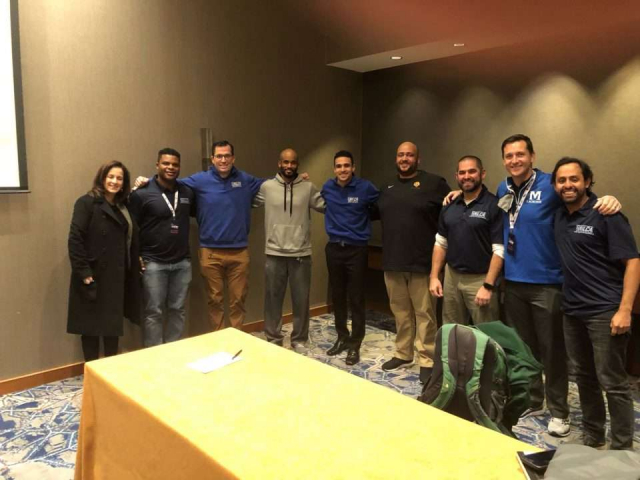 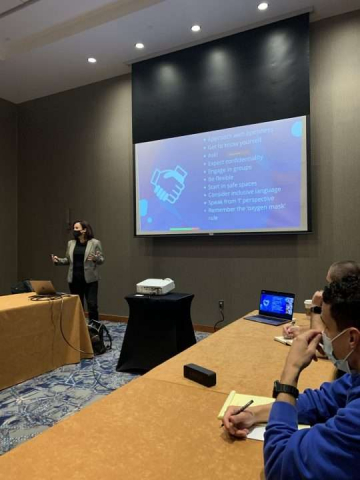 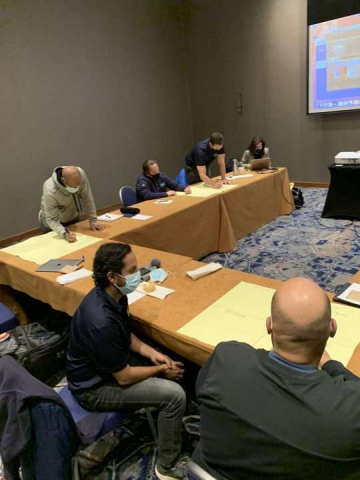 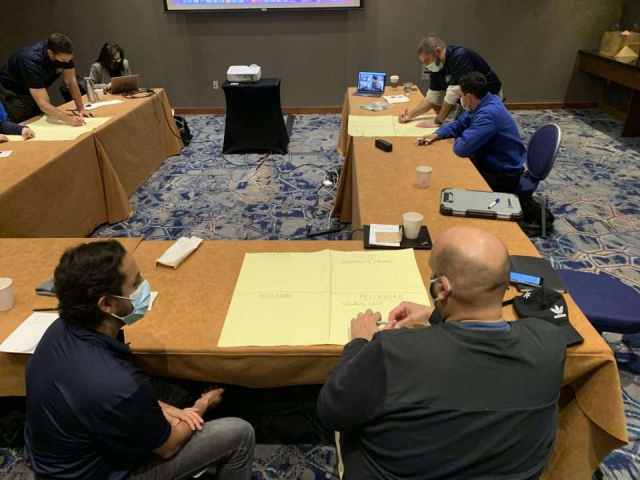 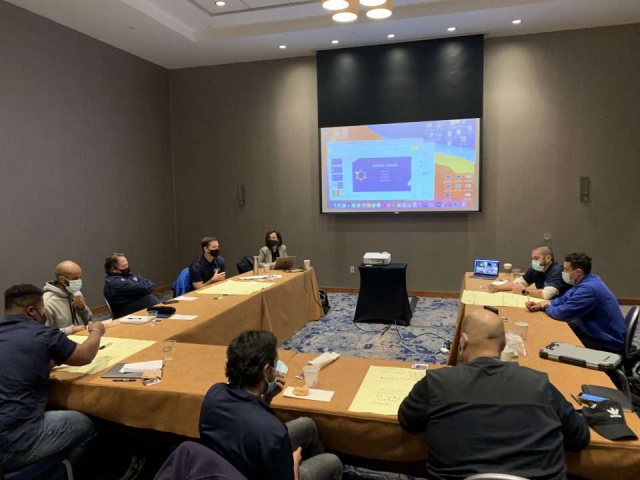 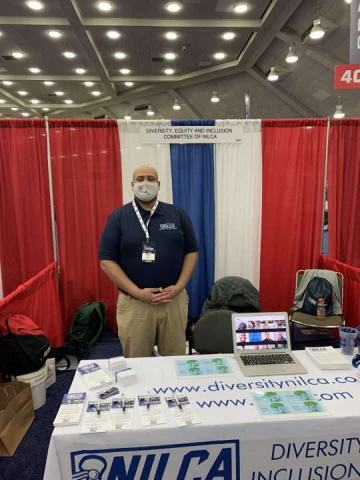 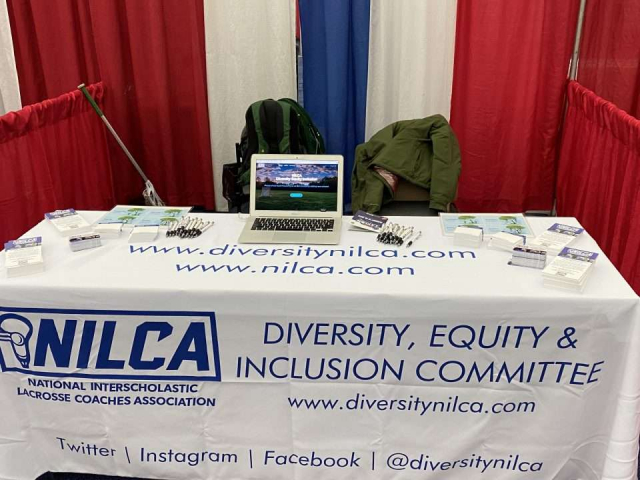 This past weekend the DEI Committee of NILCA was privileged to be led in a two hour professional development session while we attended/presented at LaxCon. Our facilitator was Jen Cort who is best summarized by her bio which states:

Jen Cort is a diversity, equity, inclusion, and justice consultant working with schools and organizations in multiple countries.  As an educator and clinical social worker, Jen has served as an assistant head of lower school, head of a middle school, and senior administrator as well as a counselor in lower, middle and upper schools and private practice.  Jen works with groups to create sustainable and systemic change and to live out their missions regarding diversity and inclusion.  Her goal is to create spaces where students, and all community members, can be seen and heard while learning to be visible and use their voices in productive ways.

She led the committee through some exercises that helped us to gain clarity on several different areas of DEI work while also informing us about some of the challenges that are forthcoming.

The committee strongly supports and encourages you to visit her website (www.jencort.com) for additional information or to book her for your event.