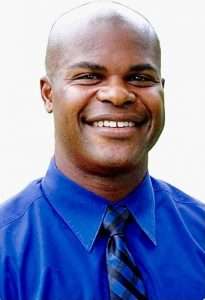 Bobby Horsey is the head coach of the girls’ lacrosse program at Bullis School in Potomac, Maryland. A former professional lacrosse player and two-time world champion, Horsey brings a depth of experience and an innovative coaching style to the Bulldog program. Bobby has been an educator for almost twenty years serving as a lower, middle, and upper school teacher, associate director of admissions, and is the current co-chair of the Diversity Equity, and Inclusion Committee at Bullis. Horsey has also coached multiple sports including basketball, football, and wrestling. As an active member of NILCA-DEI, Bobby looks to provide support and resources for high school coaches and lacrosse programs around the country in order to create a more inclusive and equitable experience.

Coach Horsey had an exceptional career as a lacrosse player in high school, college, and as a professional. He was a USA Lacrosse All-American and team captain at West Chester East High School in Pennsylvania. He attended Loyola University in Maryland and played where he was a four-year starter, captained the lacrosse team his senior year, was named a USA Lacrosse All-American, and received the Mohler Award, presented to the school’s most outstanding male athlete. As a professional, Horsey was a National Lacrosse League and Major League Lacrosse player from 2002-2009. During this time he was a two-time world champion with the Philadelphia Barrage where he played most of his pro career in the MLL, and was a bronze medal winner as a member of the 2007 USA Indoor Lacrosse Team that participated in the NIL World Championships.