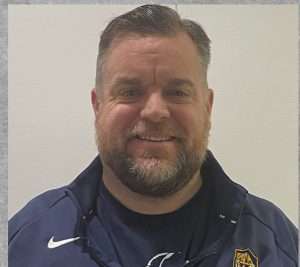 Chris Malet is currently the head coach of the boys lacrosse team at Our Lady of Lourdes HS in Poughkeepsie, NY where he was also a graduate of the school in 1994.

Upon graduation, Coach Malet went on to attend St. Joseph’s University in Philadelphia where he graduated (1998) with a Bachelor’s Degree in Elementary Education while also playing lacrosse.  He currently teaches at Union Vale Middle School in Lagrangeville, NY

After college, Coach Malet returned to Poughkeepsie where he began his teaching and coaching career.  During his career, Coach Malet has coached boys and girls in various sports (Football, Basketball, Volleyball and Lacrosse) at both youth and high school levels. He has also coached on the collegiate level at both Vassar College and Mt .St. Mary College.  Coach Malet was involved with this great game internationally as a player and general manager for Ireland  Lacrosse from 2003-2005.

Coach Malet became involved with DEI issues when he wanted to see a level playing field for all people both in the classroom and athletic arena. To this end not only is he a part of NILCA’s DEIC he is also on his school’s diversity committee.