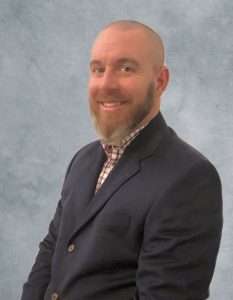 
Coach Jarrett Moffitt is a native of Elmira, New York and has lived in Dallas, Texas for over six years. Coach Moffitt attended Hobart and William Smith colleges where he played Division I lacrosse for two years before an injury shortened his career. After graduating from Hobart and William Smith in 2007 with a Bachelor’s Degree in Secondary Education, he coached goalies, face off men, offense, and defense at Alfred University and then at SUNY Alfred State College for eight years. In 2017, Coach Moffitt was inducted into the Corning Sports Hall of Fame.

While in Dallas, Coach Moffitt has coached at the youth and high school levels. He led the Prosper Youth program to two city championships and one runner-up in three years as well as winning the 2019 State Championship as an assistant coach for Prosper’s varsity team. In 2019, Coach Moffitt coached the 2024 Texas Mustangs team to a US Lacrosse National Championship. He is the Director of Texas Lacrosse for the Booth Lacrosse Select program. Coach Moffitt also runs an individual skill development program, One Way Lacrosse School (OWLS) that is open to any age group and skill level.

Coach Moffitt’s passion for coaching the sport of lacrosse is only outweighed by his love for his family. He is married to his wife Elizabeth, and they currently have one son, Jarrett James, born in August of 2020. The Moffitts are avid dog lovers, owning three of their own.