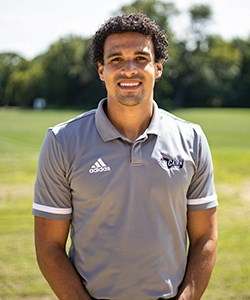 Coach Culpepper has a wealth of both playing and coaching experience. He began his collegiate lacrosse career at Wittenberg University, before transferring to Indiana University to conclude his playing career. Vince saw great success at Indiana, leading the Hoosiers in ground balls and eventually earning the honor of 2nd team All-Conference short-stick defensive midfield.

Coach Culpepper began coaching in 2015, first as the Wide Receiver Coach at Arlington High School, before being named the Head Lacrosse Coach at Lawrence North High School. At the helm of the Wildcats, Vince lead the Wildcats to their first winning season in program history with an impressive 12-2 record and a #17 overall rank in the state of Indiana. In addition to their stellar team success, Coach Culpepper was able to send several players onto successful collegiate careers.

Coach Culpepper graduated from Indiana University in 2015 with a bachelor’s degree in Liberal Studies. He and his wife, Ariel, will be moving to the Langhorne area in conjunction with his new position as Head Coach at Cairn University.